When We Are the Medium (of the Virus). 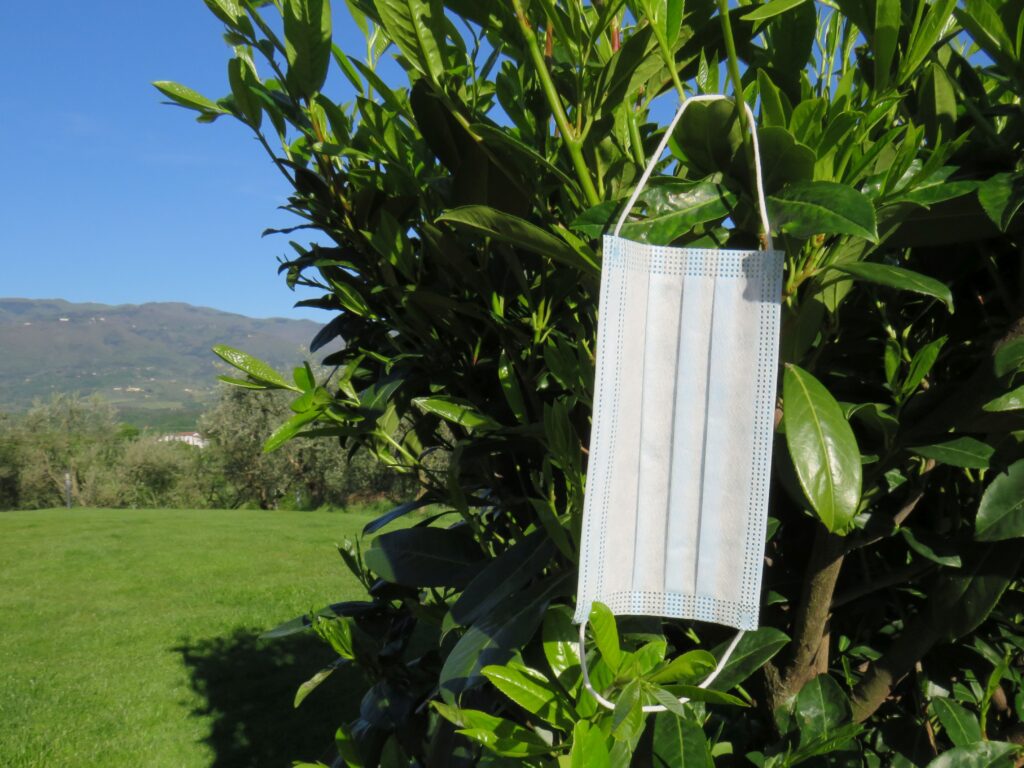 The restrictive measures we are living through these days rely on a very basic principle: we are the medium of the virus. COVID-19 needs us to replicate and spread; if our act of mediation fails, the virus dies, or at least it slowly loses its viral power. In all of the different appeals coming from experts, doctors, and governmental institutions (at least in Italy), there is the request to temporarily give up our agency as media. The forced isolation imposed by law is an exceptional answer to the vital resistances that we understandably express. Giving up being a medium means giving up being ourselves, human animals.

The problem, however, is that we don’t know that; we are not aware that we cannot not be media. Here philosophy might claim that this impossibility falls under the typical philosophical paradoxes: how can we talk about experience if we are in it; or how can we think of language if we cannot exit from it? Here we are, living the same paradox philosophers are used to, but while we can leave to them the questions about the experience or the language, the Coronavirus outbreak is forcing us to collectively and seriously ask ourselves: what is a medium? The emergency, of course, cannot be reduced to this question, but doctors and scientists are telling us they cannot do it by themselves, that each of us needs to play our part. Playing our part today means that we also collectively process our being media. A deeper and shared understanding of how mediation works can help us to deal with this difficult moment and the post-Coronavirus future challenges that we will inevitably face.

In fact, the development of media technologies and their global distribution have long since made us familiar with the idea that we ourselves are media. And this idea has been conveyed precisely by the overlapping of biological discourse with communication discourse, such as words like “virality,” which were usually invoked to describe any effective communication campaign until yesterday, but now seem only suitable for the pandemic. Viral content is content that, thanks to its inherent characteristics, is able to activate users’ participation and then to spread by multiplying itself. Within participatory culture, set up by Web 2.0 and its successors, in which the sharp distinction between producer and consumer of content collapses, spreadability, which is the ability of content to disseminate, is the real thermometer to measure the effectiveness of a communication.

It is necessary to underline that this pervasive capacity of media and media practices, which directly affect us, is not the result of the evil of technics or media (another pivotal issue which often becomes a source of general misunderstandings). The power of technics has to be ascribed, first of all, to the fact that media answer to a natural disposition of human beings, that is adapting ourselves to our own environment through technical artifacts, devices which are nothing more than bodily and mental extensions. The easiest example to give substance to this idea is the GPS (Global Postioning System), which guides us in space. Technics – as Pietro Montani suggests – can perform three different functions. It can be integrative, when it produces the creation of a remarkable organic and inorganic unity, like in the case of a chopper; it can be corrective, when it corrects or supplies shortcomings, or flaws, in our bodies, like when I use glasses to see better or when I wear a prosthesis if I lose a limb; and it can be substitutive, when I delegate certain embodied or cognitive activities to devices, like in the case of calculus, because the machine is doing it better than I would. Let’s keep in mind this distinction, because it will be useful at the end of my argument.

But to go back to the situation we are living through, what is the specificity (or novelty) that the coronavirus outbreak presents from a medialogical perspective? And what is the meaning of the obvious difficulties that traditional media are facing in managing it and representing it, as testified by confused official press releases or 24/7 news and print media coverage of the crisis?  For the first time in the recent history of global emergencies, this pandemia confronts us with our mediality; it shows us that we are in the middle, that we play an active role in a continuous process of transformation, which develops itself in the total hybridization of levels and scales, the human and the non-human, the biological and the medialogical.

In this regard Richard Grusin’s arguments about radical mediation are crucial: mediation operates not just across communication, but is a fundamental process of human existence. Mediation doesn’t operate on pre-formed subjects, objects or entities, but cooperates in their individuation. The human being, in the anthropocene, must be understood as a force that operates on the planet together with other forces, like climatological or geological, economical or political ones. Mediation is the intersection of all these forces. The diffusion and intensification of new media practices and devices, which marked the beginning of the 21st century, demonstrate that mediation “can no longer be confined to communication and related forms of media but needs to be extended to all humans and nonhumans.” This is what the coronavirus outbreak is showing us. Grusin writes:

In an anthropocenic era of climate change and mass extinction, radical mediation extends mediation to science and to the physical world, and insists that technoscience, like literature, culture, arts, or humanities, be taken seriously as a form of mediation. (Grusin 2017, p. 267).

The coronavirus outbreak, the huge media power that it is releasing and the fear we are living with during these socially isolated days, clearly show that the levels of mediation can no longer be separated (and then separately managed), that we can no longer distinguish the medical level from the communication and the political (or biopolitical) levels. This hybridity is the specific character of our (post)media environment, of the world we are living in, insofar as “we” means the inhabitants of Western networked democracies. The feeling of loss and confusion we are experiencing relies on the fact that, for the first time, we literally touch the radicality of mediation, in which we play a crucial role. This touching must be understood in all possible meanings, and we cannot avoid emphasizing the meaningfulness of what can appear, at first sight, as a suggestive metaphor. By now, we know that hands are the first medium of the virus (that’s why we need to wash them often and accurately), but hands are also the touchpoint between us and the world, which is now literally at hand, through the media devices that we constantly utilize.

Many observers noticed that traditional media could do nothing more than echo the general affect of the nation (la pancia del paese) which expresses itself through social media. First, this affect took the form of the premediation of the contagion, when we still were thinking that we could put up distancing between them (the Chinese plague-spreaders) and us, the rest of the world. For quite a long time we thought the danger was coming from the outside and that we could protect ourselves from it. Then, the general affect became a sort of vital resistance, which gave birth to different social media trends (like #milanononsiferma, #milanodoesntstop), forgetting our own medial-viral charge. And ultimately from everywhere came the appeals to be responsible and stay at home. It is remarkable that during the press conference in which Italy was declared in “lock-down,” the Prime Minister utilized the hashtag launched on social media, #iorestoacasa (#istayathome), to name the exceptional measures the government was about to adopt. In other words, we are the mediators of the collective affectivity that unifies the nation, all of us sharing Instagram stories in which we portray life in the time of coronavirus, all of us sending WhatsApp messages to old people suggesting to stock up on food because soon it will be possible to do grocery shopping only under military supervision, spreading fake news about the relation between the heat and the virus, sharing memes through social media to exorcise with irony the fear which is attacking us. It is for this reason that the paradigm of “spectacularization” no longer works to understand the moment in which we are living, because this outbreak is showing us that the dichotomy between representation and reality fails, because they are intertwined, because our post-media life is constitutively hybrid.

We are the medium. Being responsible nowadays means to assume this condition in the radicality this moment is showing. Our collective task is to make an effort to process this condition, for the present time, of course, but also for the future. Sergio Benvenuto writes: “The general reclusion due to the outbreak (or better to prevent it) will become the regular form of our common life.” Here we are. When (or if) everything has passed and we are familiarized with the forced remediation of our social and working life, we will have to make another collective effort: not to forget what we learned, at great expanse: we cannot not be media. We cannot risk giving up being the medium ourselves, to delegate only to technics, in its substitutive potentialities, our mediality, especially our embodied affectivity. We will physically go back to the squares, the classrooms, the bars and cafes, with the awareness that living up to being radical mediators means opening up a new experimental stage in order to create an increasingly integrative mediality, which can never be completely substituted by technics. In the aftermath of this crisis we will be challenged to reintegrate our own mediality with the sociotechnical networks that are for the time being substituting for our embodied relationality.