Freedom and Equality in Democracies: a Value Trade-off

Equality, Freedom, and Democracy: Europe After the Great Recession by Leonardo Morlino. 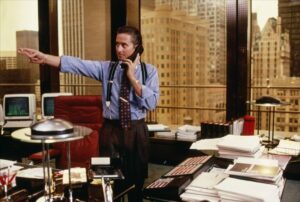 The intense economic decline during the late 2000s, the Great Recession, is considered the most critical downturn since the 1929 Great Depression. Thus, this significant event has become the “critical” context for explaining how the world as we know it has been affected in recent years. Financial markets, banking and real estate industries, on one side, with home mortgage foreclosures, life savings and unemployment on the other. Centre stage, our democracies and their values, amongst them the two critical and most important ones: equality and freedom. Leonardo Morlino and the research group working with him for years – Daniela Piana, Mario Quaranta, Francesco Raniolo, Cecilia Emma Sottilotta and Claudius Wagemann –, analyse both values in this impressive comparative research – Equality, Freedom, and Democracy: Europe After the Great Recession –, focusing on France, Germany, Italy, Poland, Spain and the United Kingdom. The question they address is as follows: How has the implementation of freedom and equality been changing in the last decade?

Democratic ideals automatically exclude the monarchical principles of power and technocratic ones. Democracy assumes that there is no reason, neither metaphysical nor epistemic, to believe one individual is better than another a priori. Indeed, a democratic regime is regularly supposed to implement democratic ideals like freedom and equality as key values and where citizens are freer and more equal than in any other. Giovanni Sartori, for example, argues that «equality without freedom cannot even be demanded» (Sartori 1987). More generally, Morlino’s research on the quality of democracy, which includes freedom and equality, focuses on the «mutual convergence» of these values (Morlino 2011). In other words, each dimension directly impacts others and, consequently, when one dimension improves or worsens, a convergent transformation is registered in others.

Thus, democratic ideals impact one another, and though they are viewed as an aspiration, they do help legitimise democratic regimes. Indeed, democratisation changed the world in the second part of the 20th century, becoming the predetermined endpoint of sociopolitical development. In this context, democratic ideals were affected by the advancement of media technologies that influenced public opinion and the consequences of socioeconomic transformations. Furthermore, the impact of the Great Recession in the last years has influenced the view of democracy in terms of its characteristics and aims. Indeed, this downturn was an event with a “catalysing effect” that accelerated or transformed background patterns already related to internal and external trends. Therefore, the Great Recession was not creative destruction, as in the Schumpeterian view, but rather a sparker capable of amplifying and pushing latent factors that characterise Western democracies. In this way, it is difficult, or even impossible, to talk about these changes without considering globalisation – in its relationship with markets, finance and an increasing number of new large economies – and the migration waves that impacted the European Union (EU) after the economic crisis.

In the comparative study presented in this book, Morlino’s research group focused on six European countries in the last decade to better understand the most significant changes. Almost 360 million citizens live in these areas, more than two-thirds of the EU’s total population. Thus, France, Germany, Italy, Poland, Spain and the United Kingdom become the key cases through which to understand the crisis effects. As anticipated, internal and external background factors have had different impacts in each of these countries. In the United Kingdom, the Brexit referendum changed its relationship with the EU; France, Italy and Spain, despite their different external and internal factors, were more affected by the crisis; in Poland, though an essential political change occurred, no significant consequence was registered directly related to the crisis; and even in Germany, there seemed to have been some positive impacts. 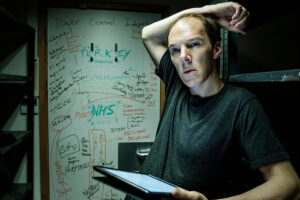 However, what are equality and freedom? Equality, similar to “justice”, is a fundamental principle in Greek scientific thought, where there is even a distinction between a moral meaning and a political one. Therefore, men’s equality is inscribed in a religious and moral order, which is the order of the cosmos, the cosmic justice. When we think about equality, it is essential to understand equality or inequality of what better. In this research, the main focus is on the economic and social equalities in a specific territory. The first regards economic resources, such as income, and the second considers social resources that are empirically distinguished into at least two dimensions. On the one hand are the cultural features that regard ethnicity, and on the other are principal social rights such as education, health and social protection.

Both dimensions are considered concerning the opportunities to apply or not apply conditions for redressing inequalities. In other words, to have equality, an equal system of opportunity must be able to improve their condition. In general, in addition to the distribution of economic resources within the population, a shared understanding of economic and social equality presupposes the measure of implementation of social rights and how inequalities are redressed through policies. From this perspective, it is clear that the EU’s role is crucial in the equality process. EU institutions work in a complicated trade-off between cohesion strategy and economic goals. While the purpose of cohesion is to redress inequalities, some economic policies can increase them as well. For example, austerity policies can have contradictory effects because some countries can benefit from them while others cannot.

Regarding freedom, Isaiah Berlin (1969) introduces a useful distinction between negative and positive liberties in the modern view based on the previous classic liberal tradition. Starting from this distinction, Sartori focuses on five main traits functional to understanding the meaning of complete «freedom of choice»: independence, privacy, capacity, opportunity and power. The first two traits define negative liberty as the Hobbesian «silence of the law» while the last three explain positive liberty. Thus, independence «protects and permits the individual to choose […]. Privacy is to choose without being pressured, by looking quietly into oneself; capacity is […] a broadening of available choice; opportunity is the coming within reach of alternatives among which to choose; and power is […] the condition that makes for an effective equal freedom to choose» (Sartori 1987).

From this perspective, in this book, the authors focus the research on the three types of freedoms and the way they are recognised and guaranteed. The first is personal dignity, which includes the right to life and personal security, privacy or against discrimination; second is fundamental civil rights, including personal liberty, freedom of thought and expression; and political rights, which include the right to vote and be voted.

Thus equality and freedom are analysed and measured as indistinguishable values of democracy, expressing irrepressible needs within modern society, but also as to the conviction, in Touquevillian’s view that there is an extreme point where equality and freedom touch and merge. Thus, these key values are also considered together to understand if inequalities have a negative correlation with rising limitations of freedoms and vice versa. More in general, this analysis shows that political agency can have a crucial role in crisis circumstances, within the institutions and in the relationship with society. The rules’ implementation can consolidate public institutions and their central function. Moreover, the capacity to develop domestic and European policies based on solidarity and, above all, in a complementary way could allow increasing EU legitimisation.

Indeed, contemporaneity shows new forms of anti-politics and populism, sometimes related to each other and at other times not, with a high level of distrust in politics or the EU and its manifestations. As a karstic trend, this sentiment runs underground and emerges periodically with explicit reference to regrettable events or behaviours of the parties, political class or EU institutions. In this confusion, takes space the affirmation of attitudes of despair or anger that find root in a possible new national independence, for example, with the referendum on leaving from EU, whilst, on the other side, a simple recipe would suffice to push full attention on the possible policies useful in our contemporary democracies to oppose inequalities and increase social rights.