Home » Articoli » L'ordine dei discorsi » From Populism to the People

From Populism to the People

Me the People: How Populism Transforms Democracy by Nadia Urbinati.

READ THE ARTICOL IN ITALIAN 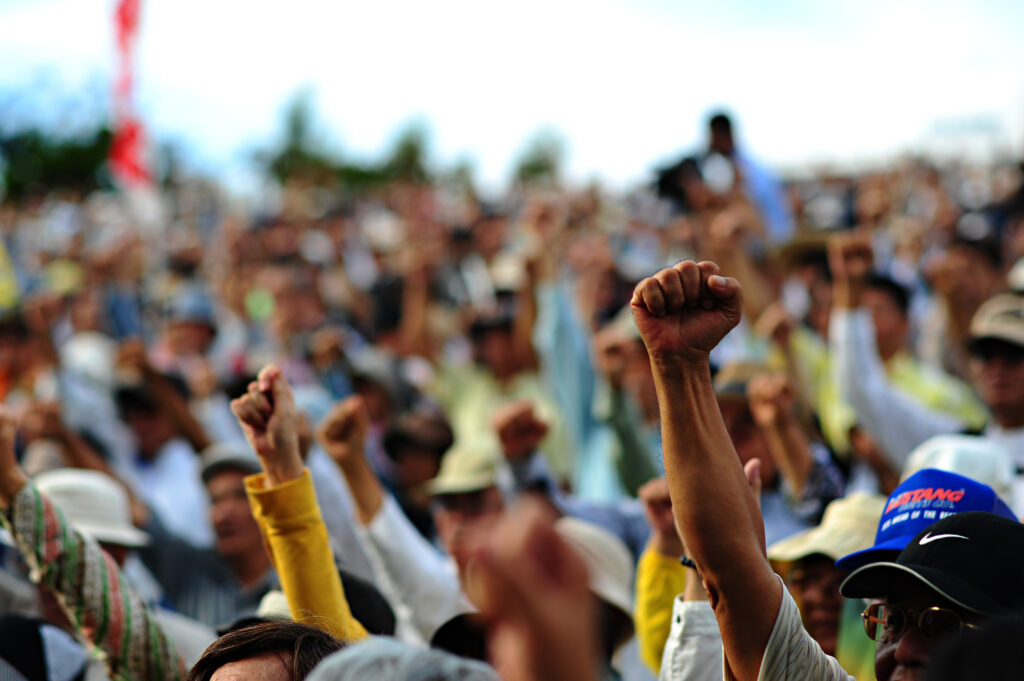 More than twenty years of ideas and reflections are enclosed in a dense and recent book: “Me, the people” by Nadia Urbinati which represents the most recent contribution on populism, a concept still too ambiguous and challenging to clearly determine. Populism flows, like a karst river, without a trace only to re-emerge in periods of substantial uncertainty, in traumatic moments and phases of crisis, in the forms that we know and with all of its disruptive force.

The main question that Urbinati poses concerns the understanding of the phenomenon within the democratic dynamic. Populist democracy is considered to be a variant of the representative government in which the direct relationship between the leader and the people, his/her people, becomes an instrument to be wielded against another, which in this case is the establishment and not the elite. The friend-enemy dichotomy thus takes on a specific relationship in which the leader’s people oppose the establishment, those who work and work in institutions, and those who produce nothing. Just think of the amount of iconographic material provided since the nineteenth century that has represented the establishment as the “enemy” intent on sucking the blood of the people. It becomes a political elite, not an economic elite, capable of living only through the taxation of the people. The establishment is the betrayal of the people. At the same time, the populist leader is the face of these invisible, unrecognised, and silenced people to whom it seeks to give visibility and through which they may obtain legitimacy.

But who are the people today? What do they represent? The people in recent years, thanks to the studies on populism, have become an object of reflection in the field of social sciences. They represent people-centrism to understand the nature of populism and populist strategies. A “pure” people are represented as a “monolithic” or “homogeneous” group capable of deciding their destiny and to whom to restore power. The people are conceived as a single entity with clearly defined borders: boundaries between who belongs to this group and who falls outside it. A circle-shaped group with membership and exclusion criteria that is often determined by the leader’s populist rhetoric.

The people are thus valued and ideologised by becoming an “imagined community” made up exclusively of “ordinary men,” ordinary people — a construct on which populist leaders place a strong emphasis. Just think of the register of emotions used by populist leaders to evoke the lost nation. Paul Taggart speaks of the heartland, the land of the heart, a territory of the collective imagination with uncertain or even non-existent borders. This vagueness is exploited by populist leaders who appeal to the people to justify and legitimise their opinions and beliefs. The high degree of uncertainty also allows political leaders to appeal to the people in different and changing ways. What matters is filling a void. The populist leader fills an empty heart in the emotional dimension. In order to exist, it needs to excite passions, which manifests in language and differs considerably depending on which leader is being taken into consideration.

As Ernesto Laclau says, the people of whom the populist speaks are not structured. They are not the people of parties or movements but they are an atomised people in the condition of suffering and poverty. They are a people that have no representation or voice but they can be united by a leader who says, in his person, “I am you.” In reality, “people” today is a neutral term, which gains a connotation only when it is properly contextualised. In other words, it is the adjective that politicises the name by spreading an aura of emancipation and collectivism (Badiou, 2013). The adjectivation of the people can sometimes produce identification. At other times, it can describe the nature of legitimacy enjoyed by a political system (for example, the “sovereign people”). Depending on the type of adjective, the concept of “people” can acquire different characterisations. Therefore, “the people” can mean many different things to many populists in different circumstances. It can refer, for example, to the electorate, to the nation, or to no defined group. This does not mean that “people” has no meaning. It just means that the understanding of the term depends on the context.

A context that sometimes collides or overlaps with the popular dimension which can be extended not only to the term “people” but also to the variable geometry concepts of “popular classes,” conscious projection and the manipulation of the interests of the political leader, and their subsequent detachment is highlighted in the work of Bertuzzi, Caciagli and Caruso (2019). This is where their “voice” becomes incomprehensible and mixing with the idea of ​​an integrated citizenship accelerates the verticalisation between the representatives by segregating the latter into micro parts.

The people also refers to how the “general will” is implemented. In this perspective, the people become “sovereign” when they assume the connotations of an abstract and collective body (Canovan, 2005), existing above all of the individuals who compose it, as in “us, the people of United States”, “the Swedish people declare” or in the Italian case where “the Constitution” belongs to the people. This ambiguity in the very concept of people raises difficult questions about the exercising of sovereignty. When citizens elect their representatives or vote in a referendum, do they express the will of the sovereign people? There is no univocal answer because the sovereign people continuously move between these different knots and the sovereignty of the people manifests itself simultaneously with the collective and individual elements. It is a myth that sometimes takes on the form of political reality as we know it today.

A “modern myth” (Weale, 2018) has developed based on the erroneous idea that democracy is a direct consequence of the government of the people, by the people, for the people. This assumes that the government policy can be decided directly by the people as they exercise their power collectively. Paradoxically, the effect of putting more power into the hands of the leader or the executive who speaks for the people has a direct consequence on the manipulation of politics for their own ends. Not only that, but the idea of ​​the will of the people is often used to silence dissent on important political choices, such as security issues.

An accessible presence of policy can also take on a virtual form through social media, for example, where personal encounters mimic real encounters. Why do political leaders tweet so much? Why do they speak of their private and public life on Facebook or Instagram? Why do their followers love them when they do it? This is because a tweet or post gives the illusion of a direct relationship between the leaders and their followers. For the latter, the tweet/post is addressed only to itself, without intermediaries. The follower imagines a personal relationship with the leader. The fiction of presence and the personalisation of power go hand in hand.

Just think of Trump’s inauguration speech of January 2017, as Nadia Urbinati recalls. A masterpiece of stringed rhetoric from the head of the people. The power that returns to the people through a leader that marks a change. The party of the people is the moment when the people themselves control the government through an ever-present leader, in reality and in the virtual world, who speaks the same language as the people and who shares the same morals as the ordinary citizen. Not a hero, but someone like us engaged in a permanent campaign and in the continuous construction of representative democracy.

Populism is the sigh of the oppressed creature. Any democratic system worthy of the name will respond to that sigh. But it should answer not based on the myth but instead based on a realistic evaluation of the alternatives (Weale, 2018). Realism does not mean giving up significant social and economic reforms. It means recognising that politics consist of deciding based on the will of different people because people are different. There are varied and often incompatible ways of combining their opinions.

David Hume once said that the errors of religion are dangerous while those of philosophy only risk being ridiculous. The modern myth of the people suggests that even in terms of the mistakes of political philosophy, danger can be hidden. This refers to looking at others from a circle that someone has drawn around us called the will of the majority.